My quest began, like so many others, while standing in front of my white board. I was slowly trying to identify something--something elusive--yet so simple was it that my failure to articulate it must have been born of the same difficulty one might have when trying to bring into focus the tip of one's nose, for it was its very proximity that prevented me seeing it...

I have become increasingly frustrated by a large number of failing wireless installations that I am required to maintain, and I have spent considerable time and energy becoming better acquainted with 802.11, wireless networks. I have also been rather frustrated by my own inadequacy in finding explanations for the chronic problems I've encountered, but, like most things in IT, this is merely due to a lack of knowledge--and knowledge can always be acquired; you just have to work at it a bit.

For me, exploring a new area of knowledge is a bit like exploring a murky pool... one that's upside-down and filled with treasure. Staring up at its surface provides me with hardly any information at all, and trying to jump and skim the top (bottom?) with my hand only helps to reaffirm just how murky it is. Instead, I have to grab a ladder and dive deep, running headlong into as much as I can before slowly falling back to the surface. Sure the process is slower and ends up hurting my head more than if I just carefully waded in, discovering and cataloging each item as I went, but something irrational in me just can't resist the hope of finding a plug and draining the pond.

The trouble with understanding a thing intuitively is that your intuition can sometimes stop you searching for deeper knowledge of that thing. You assume that you understand it, then never think to question it again. At such a point, the only way I've found to break this kind of malfunctioning intuition is to directly question it. Test the logic of it. See if it still makes intuitive sense when faced with its relevant parameters set to various extremes.

In this particular case, I had to question a rather flimsy notion of wireless transmission: range. 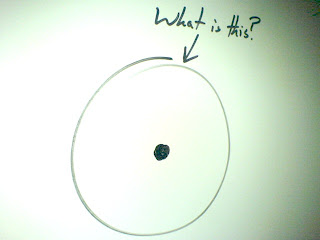 The range boundary of an access point is usually depicted as a circle surrounding some kind of 802.11 device. The area defined by this circle is often referred to as a cell, and cells imply coverage, or the ability of a station or host to obtain service. Unfortunately, depending on who created the diagram, this circle may have one of a number of different meanings, none of which are exact.

Most people decide that the circle refers to distance. Intuitively, this makes sense as circles are made up of all points equidistant from their center, but the truth is that an access point's range is not determined by distance, alone. Indeed, anyone who has ever played with a set of 2-way radios knows that the 2-10 mile range sported on the packaging doesn't accurately describe what happens when the radios are separated by a few large buildings. Likewise, most objects don't necessarily stop wireless signal, altogether; they just weaken it. 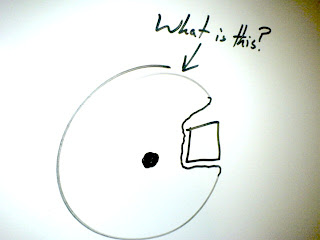